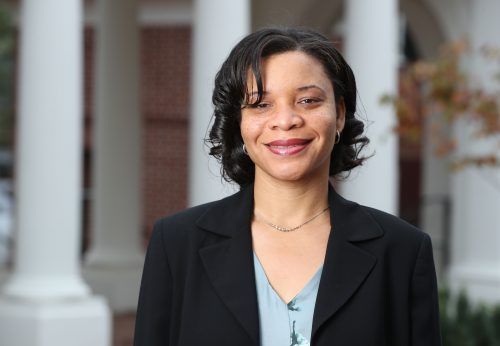 Dr. Talitha LeFlouria is the Lisa Smith Discovery Associate Professor in African and African-American Studies at the University of Virginia and an Andrew Carnegie Fellow. She is a scholar of African American history, specializing in mass incarceration; modern slavery; race and medicine; and black women in America. She is the author of Chained in Silence: Black Women and Convict Labor in the New South (UNC Press, 2015). This book received several national awards including: the Darlene Clark Hine Award from the Organization of American Historians (2016), the Philip Taft Labor History Award from the Cornell University School of Industrial and Labor Relations & Labor and Working-Class History Association (2016), the Malcolm Bell, Jr. and Muriel Barrow Bell Award from the Georgia Historical Society (2016), the Best First Book Prize from the Berkshire Conference on the History of Women, Genders, and Sexualities (2015), the Letitia Woods Brown Memorial Book Prize from the Association of Black Women Historians (2015), and the Ida B. Wells Tribute Award from the Charles H. Wright Museum of African American History (2015). Her work has been featured in the Sundance nominated documentary, Slavery by Another Name as well as C-SPAN and Left of Black. Her written work and expertise has been profiled in Ms. Magazine, The Nation, Huffington Post, For Harriet, The New Tri-State Defender, ColorBlind Magazine, and several syndicated radio programs.
Dr. LeFlouria serves on the Board of Directors for Historians Against Slavery and the Association of Black Women Historians. She also serves on the editorial board of the Georgia Historical Quarterly and International Labor and Working-Class History journal. She is the author of a forthcoming book by Beacon Press on black women and mass incarceration.

Politics of Gender & Justice: The Intersection of Identity & Discipline

This one-day conference, hosted by the Women and Gender Studies Program at George Mason University, brings together scholars, students (both graduate and undergraduate), policymakers, artists, and activists to wrestle with ideas and strategies to move forward toward a just world in theory and practice.